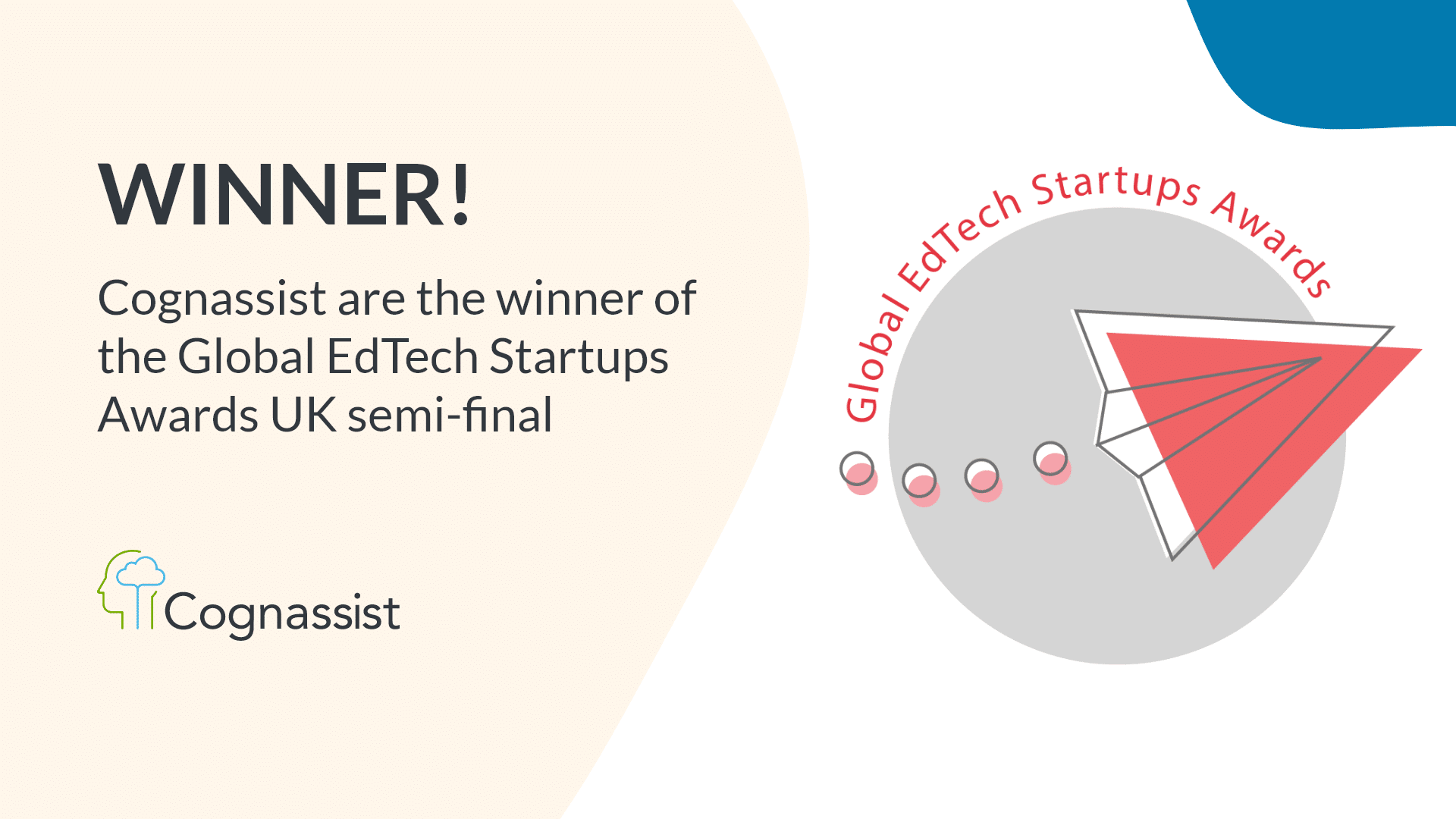 Cognassist named winners of the UK semi-finals of the Global EdTech Startup Awards 2020.

Cognassist, the leading cognitive assessment EdTech platform, has been named winner of the UK semi-finals for the Global EdTech Startup Awards 2020 (GESAwards) and is now through to the global finals.

Led by a group of leading education innovation organisations from across the world, the GESAwards identifies, showcases and recognises the world’s most promising EdTech startups of the year.

The awards are judged by an influential and respected panel of industry experts and set the standard for EdTech companies around the globe.

Historically unveiled at BETT, the GESAwards is the world’s largest EdTech startup competition. Initiated by MindCET (Israel), GESA was co-founded by the Open Education Challenge (EU) and EdTech UK in 2014.

Over 3,500 startups from across the world have applied to GESAwards, for the opportunity to be given a global voice and to be crowned the Most Promising EdTech Startup of the year. Today GESAwards has become a significant player in promoting EdTech innovative solutions that address real educational problems.

The awards line-up featured an expanded list of some of the most promising EdTech Startups from across the UK.

Cognassist was recognised for it’s focus on the learner and its commitment to learner support in the post-16 sector.

“We’re delighted to be named winner of the UK semi-finals,” said Chris Quickfall, founder and CEO of Cognassist. “In light of the incredible competition and contribution being made to the sector, to be named best EdTech startup in Britain according to the world’s largest EdTech competition is a genuine milestone for us.”

“It’s a milestone for us as a business. A milestone for our clients, who use Cognassist to put supporting their learners at the centre of their organisations. And it’s also a significant milestone in our mission to make sure no learner is left behind.”

Cognassist is a unique #edtech platform focused on helping every learner reach their full potential through cognitive assessment.

We’re on a mission to create a world where no learner is left behind.